Winemakers monitor fermentations carefully to tell if the sugar is being converted at a reasonable rate and to detect any problems early. Small producers measure the temperature and the Brix of ongoing fermentations once a day. In larger wineries, fermentations are usually tested twice a day. Each time the sugar is tested, winemakers also check for potential problems by carefully smelling and tasting the sample. This close attention allows any fermentation problems to be detected early. The winemaker can then take prompt corrective action and avoid catastrophic wine failures.

pH - a measure of the number of hydrogen ions present in a solution.

pH is one of several parameters used to judge fruit maturity, and most winemakers start monitoring the pH of the grapes several weeks before harvest time. pH also gives the winemaker important information about how much sulfur dioxide is needed to control microbes. Wine stability characteristics are dependent on pH. Red wine color is influenced by pH. Red wines with low pH values have more and better red color. Wines with high pH values have a dull, less attractive color. Winemakers monitor wine pH every few weeks until the wine is bottled.

Titratable Acidity - the sum of all acids present; usually measured by titration.

Titratable acid (TA) is a measure of the sum of all the organic acids in juice or wine. In healthy wine, the major acids are tartaric and malic, but all wines contain small quantities of citric, succinic, acetic, butyric, lactic and other organic acids. In the United States, wine acidity is expressed as if all of the acids in the wine were tartaric acid. The titratable acid of juice ranges from 0.4 to 1.2 grams per 100 milliliters of liquid. One hundred milliliters of juice weighs approximately 100 grams, so “grams per 100 ml” is roughly equal to percent. The tart of wine is strongly related to titratable acid. When wine contains too much acid, it will be very tart or even sour tasting. When too little acid is present, wine often lacks freshness and tastes flat. Grapes grown in warm areas are usually low in acid, and additions of tartaric acid are often needed to produce a balanced wine. TA is always measured when the grapes are crushed so any needed acid adjustments can be made before fermentation is started. TA is also used to judge fruit maturity at harvest time. The titratable acid of normal wine slowly decreases as the wine ages, and any rise in wine TA during the aging period is a danger signal to the winemaker. When the TA rises, acetic acid may be forming, and the wine may be turning into vinegar. Therefore, most winemakers measure titratable acid periodically from the time fermentation is complete until the wine is bottled. Small producers often measure titratable acid once each month, but many large producers measure the TA twice a month.

Free Sulfur Dioxide - an active preservative that inhibits or kills unwanted yeasts and bacteria, and to protect wine from oxidation.

Total SO2 = Free SO2 + Bound SO2
Free SO2: Molecular SO2 + Bisulfites + Sulfites
Bound SO2: sulfites attached to either sugars, acetaldehyde or phenolic compounds

The free SO2 portion (not associated with wine molecules) is effectively the buffer against microbes and oxidation. Whereas the bound SO2 portion (associated with wine molecules) is the part which has already done its work and cannot be useful any longer in this context.
Sulfur dioxide (SO2) in wine, Posted on October 11, 2011, by Martin Carel
https://winobrothers.com/2011/10/11/sulfur-dioxide-so2-in-wine/

Residual Sugar - any natural grape sugars that are leftover after fermentation ceases.

Sometimes novice winemakers have trouble deciding when fermentation is complete. Fermentation may be complete when the following three conditions are met: (1) all bubbling has stopped, (2) the Brix has dropped to less than minus one and (3) the hydrometer readings have remained constant for several days. Even when all three conditions have been met, some sugar can remain in the wine. Consequently, most winemakers measure the residual sugar content in all wines shortly after the end of primary fermentation.

Fermentation can restart in wine containing sugar anytime, so winemakers always measure the residual sugar contents of their wines shortly after fermentation to be sure no sugar remains.

Malic Acid - one of the major organic acids in grapes and wine.

Acetic Acid - the measurement of acetification which is the formation of vinegar.

Acetic acid is toxic to all strains of Saccharomyces (wine) yeast. Yeast activity is curtailed, and fermentation slows when the acetic acid content of fermenting juice exceeds about 0.1 percent. When the acetic acid exceeds 0.2 to 0.3 percent, few viable yeast cells can be found and fermentation stops. A subtle fermentation problem can develop in the following way. Low acid, high pH grapes are common in warm growing regions. Controlling native bacteria with sulfur dioxide is difficult when the pH of the juice is 76 high, and a large population of Lactobacillus bacteria sometimes develops during the primary sugar fermentation. The bacteria convert grape sugars directly into acetic acid, and the acetic acid content of the fermentation becomes excessive. Under these conditions, little or no ethyl acetate is produced, and without ethyl acetate, the winemaker is often unaware of the problem. Undetected, the lactic bacteria can quickly raise the acetic acid level of the juice into the range of 0.1 to 0.4 percent. The wine yeasts are unable to tolerate such high concentrations of acetic acid, and the unhappy winemaker is left with a fermentation high in volatile acid and high in residual sugar. This kind of stuck fermentation is almost impossible to restart because of the excessive amounts of acetic acid, and the fermentation is often a total loss. Winemakers accustomed to working with low acid grapes avoid this type of lactic bacterial problem by adding tartaric acid before starting fermentation. The tartaric acid lowers the pH of the juice, and sulfur dioxide becomes more effective in controlling the bacteria.

Yeast Assimilable Nitrogen (YAN) - the combination of free amino nitrogen, ammonia and ammonium that is available for the wine yeast Saccharomyces cerevisiae to use during fermentation.

Many yeast cells are needed to complete fermentation, and yeast must have access to nitrogen, vitamins, minerals and other materials to produce new cells. Some grape varieties like Chardonnay often lack sufficient nitrogen to meet the needs of the yeast, and Chardonnay juice is often difficult to ferment to dryness unless extra nutrients are added. Small wineries and home winemakers seldom have the equipment needed to measure juice nutrients, so these winemakers add small quantities of nutrients to all grapes. Nevertheless, yeast nutrients must be used with care because excessive quantities can produce off-odors in the wine. The manufacturers directions should always be followed carefully.

Volatile acidity is mostly caused by bacteria in the wine creating acetic acid - the acid that gives vinegar its characteristic flavor and aroma - and its by product ethyl acetate. But there are a few rogue yeasts that can do the same thing.

Alcohol - the measurement of Ethanol within wine.

The process of fermentation in winemaking turns grape juice into an alcoholic beverage. During fermentation, yeasts transform sugars present in the juice into ethanol and carbon dioxide (as a by-product). 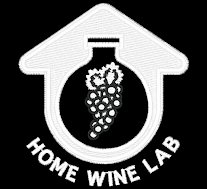